that jittery, nervous feeling below the sky

August 04, 2019
Despite a sense of foreboding I scaled a wall and went back in to the local factory demolition site this morning. Yesterday, from the outside, I'd seen some huge blocks of concrete that had been excavated and were piled up with the hill of hard-core debris as the old groundworks had been ripped out. These looked interesting as they had large marked and damaged planes and both dark and light tones, and today I started to wonder if I could resource them before they are cleared, forming an archive of shattered surfaces and spaces to montage self-portraits onto at some point in the future.

I'm not sure it'll actually work out as they are mostly low key, however I tilted the camera trying to match the sort of framing, height and angle I'd used in dressed self-portraits taken against the wall in my small spare bedroom. One other influence in the framing was recently having looked again at Joe Deal's (1947-2010) Fault Zone landscape series, where he carefully excluded the sky. 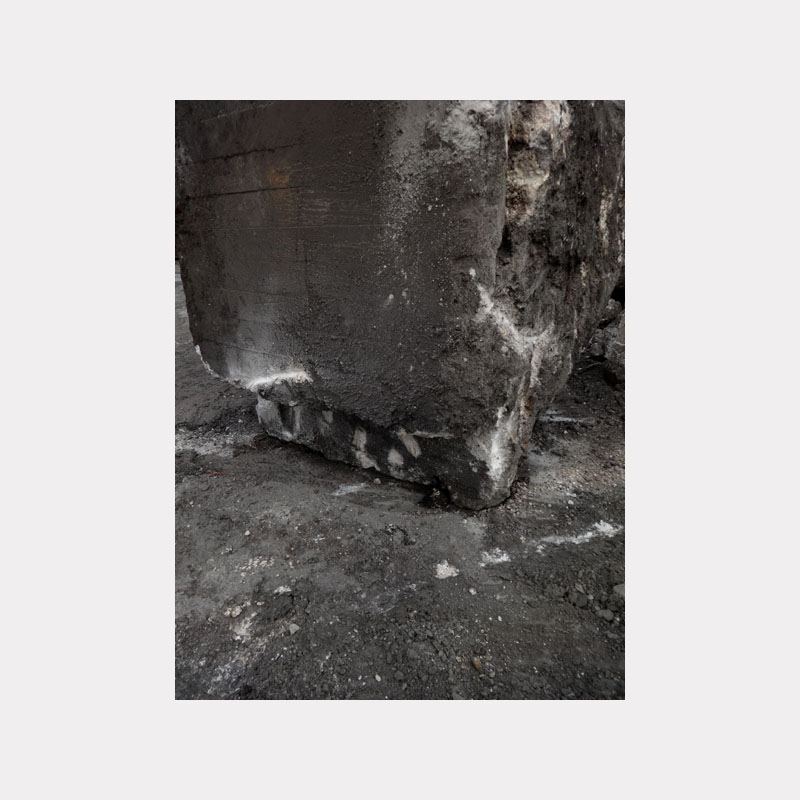