May 30, 2018
When I first came across John Divola's photographs way back when, I never really engaged with them. He was cool. Maybe they were too kinetic, vivid, flashy for me, too something.

This print on sale on eBay fills me with appreciation for what he was doing. Maybe because I ended up overlapping a bit, (looking for pictures in abandoned old buildings) but I'm fully engaged now.

One big difference is that he was going in there ready to add to the subject, whether that be throwing things into the frame during the exposure or bringing spray paints along and introducing his own mark-making, sensitive to the passing light and chaotic arrangements of objects. Looking at this print I can imagine how in the zone he was making these, and the satisfaction he must have got from what he was doing. I've come to realise, a bit belatedly, he is one of the greats. 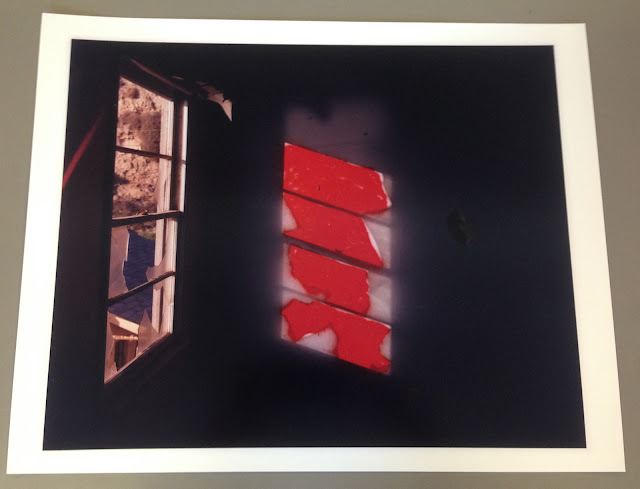