March 26, 2017
It was sunny and I headed off for a ride on my bike and ended up at site b, even though here's not much I find interesting there anymore. There is one strip of land at the very back of the site that's not had houses built on yet and which has an overgrown embankment which has some appeal but it's the kind of contre-jour shooting which for me never comes out looking very good at all. I was going to have another go today but as I was sneaking in someone drove into the site anyway which deterred me further.

The actual overgrown corner where it's possible to slip in unobserved is a small, shabby little spot and it's hard to discern whose land it actually is. It's not been cleared or staked out by the housebuilders nor included by the owners of adjoining fenced-off land. It's an in-between non-used space left to its own devices. I always find those non-places interesting.

The new build houses through the trees style of photographing thing is a leftover from site a, I did a lot of them there a few years ago. 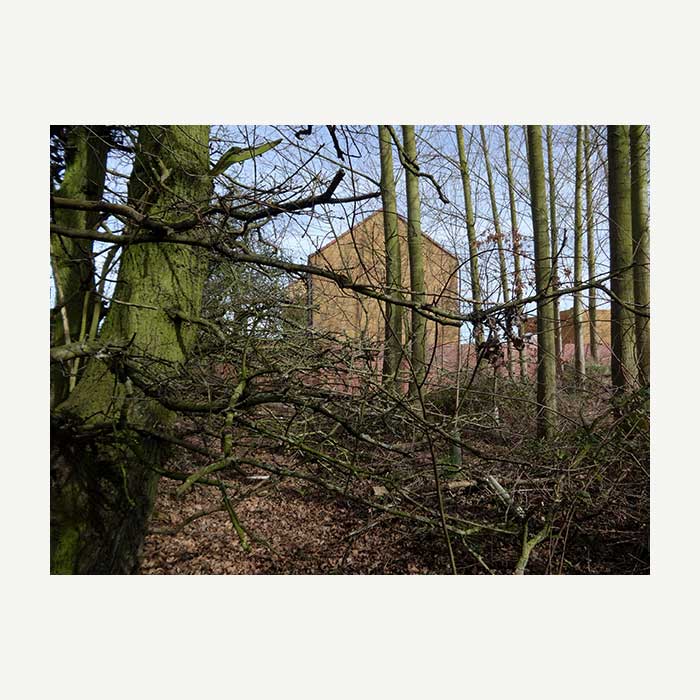