Hole, with machinery at the bottom

July 17, 2016
In summer 2014 I visited site b regularly to photograph from inside the deep holes there. (It might have been a Murakami influence.) Then eventually all the holes were filled in and subsequently houses and roads have been built over them. But since I was last there nearly two months ago a new one has appeared. 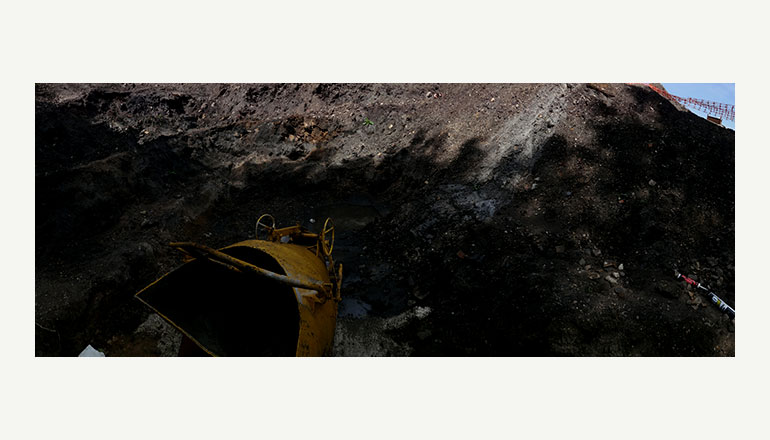