April 17, 2016
Yesterday I got a carpet off-cut that was a couple of shades brighter than that in the spare room  to try and get a better blend with an external location image when mixing them. I probably need a roll of white colouroll paper or a proper studio even to do it really well, but being amateurish is par for the course.

So today was taking shots with various outfits all in vertical format and with the same camera I've started using for the site shoots, so they should fit together more readily. I think the 'double exposure' look is one I've picked up from The Pictures Generation image-makers, but it's also a sort of return to one of the very first projects where I was combining an internal feminine self-portrait and an external masculine space by cutting the figure out and pasting it in from one to the other. It was only recently I actually found the nerve to go to a site and take the pictures there and then even though it crossed my mind right from the start. I like the confusion and imperfect control when blurring two photos together with minimal intervention beyond choosing which frames to put together and dropping one, the other or both to grey-scale, or inverting, to get the figure to be fairly clear against the background while not degrading it too much.

The poses were an attempt to include a sense of movement, or suggest some reaction or distance, a bit of a change from the usual reductive torso from behind (without arms or legs showing) that I've been doing lately. Although facing forwards I still don't want my ugly mug including, which prevents it becoming just some kind of portrait. 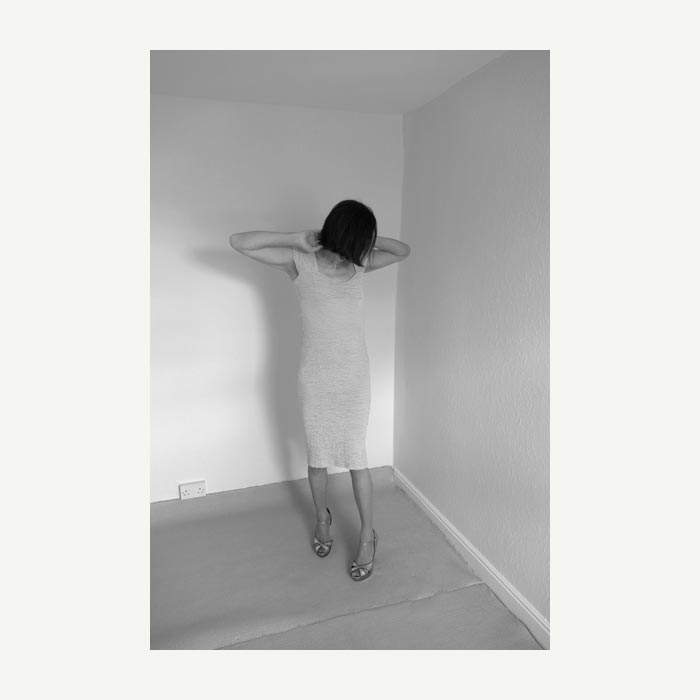