December 27, 2014
I came across this pic earlier from a session in the summer of 2013 - oddly it seems like ten years ago rather than 18 months. To get the overhead point of view I had weighed down with bricks the ends of the legs of my fairly heavy tripod which was extended out several feet from the top of a cupboard over this mattress.  I half expected it to topple onto me at some point - although the more likely cause of death would have been a stroke from all the standing up and then lying down again involved with operating the self-timer during the first couple of sessions, until I bought a remote release. 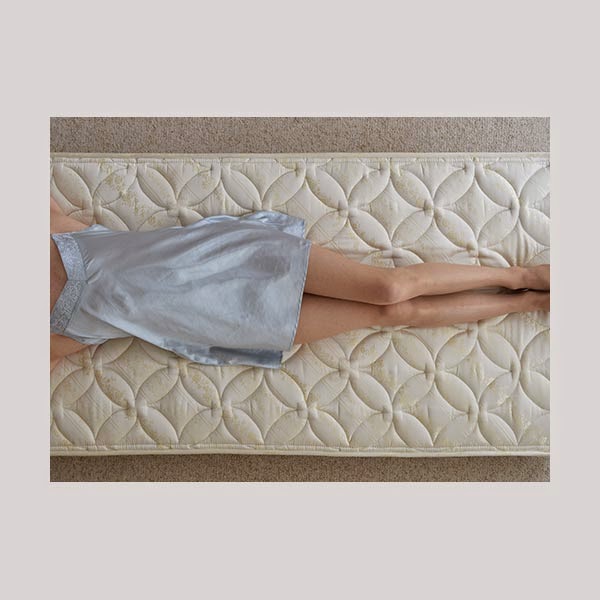 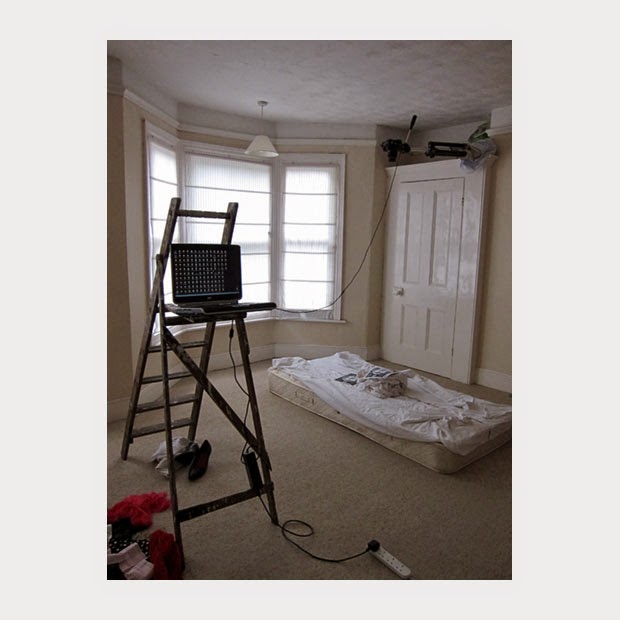