March 25, 2014
I like small, unassuming cameras that don't cost very much. Apart from not having to worry about dropping and breaking one they are just like any other camera in that they can record what stuff looks like and are equally good (and perhaps in some ways better) when it comes to conveying ideas.

I'm surprised how good the IQ is these days.  This is a head to head between a 16 Mpx Sony WX60 point & shoot with 1/2.3 sensor (and Zeiss lens) and an 18 Mpx Canon EOS M with APS sensor (fitted with the decent 18-55 Canon kit zoom, set to 20mm and f5.6), mirrorless but comparable to an entry-mid level DSLR in IQ. The Sony is near it's wide end, too - and at the only aperture it offers at that focal length! This is the centre portion of a wide field of view with no resizing of the shot at 100 per cent actual pixels, of OOC jpegs and with no post sharpening (apart from the PS default applied at the time of 'save for web'), just a tweak of levels and desaturation as the different white balance was distracting. (I think the Canon was set to around medium in-camera sharpening whereas the Sony can't be adjusted.) I'm aware it's not full-on scientific (I didn't own the cameras at the same time which doesn't help) so there are some small variations, for instance the Sony was at ISO 100 and the Canon at 200 which is not ideal, but I think it's a credible comparison and shows what centre resolution is actually possible - although the corners are another story, and the EOS M is way ahead. 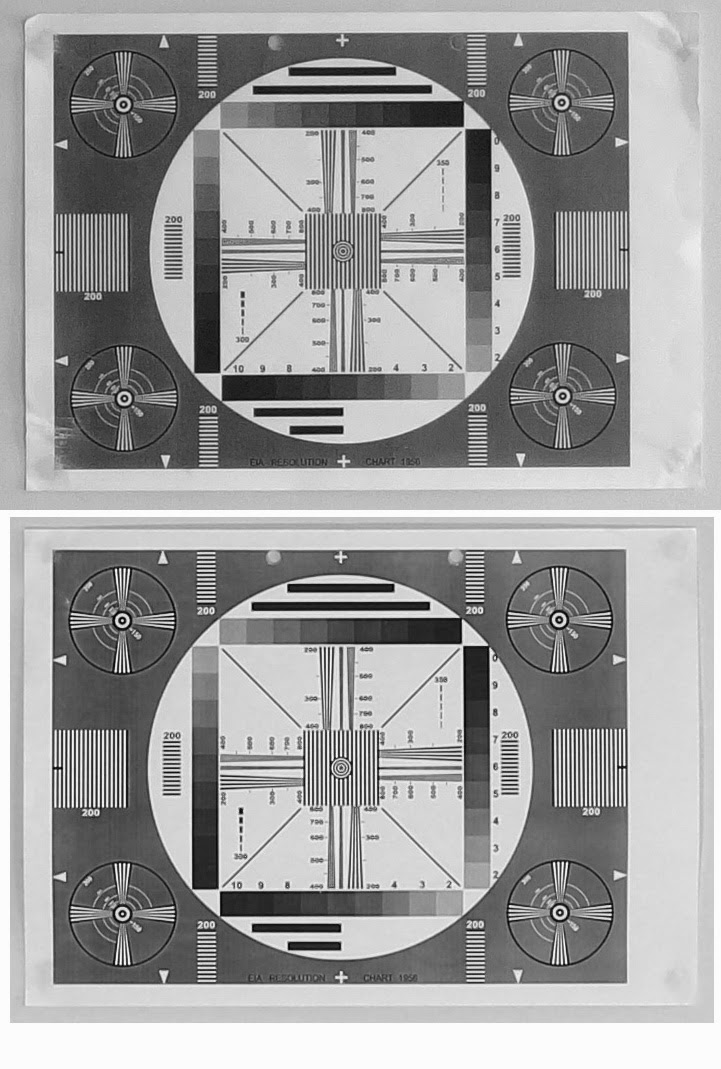