"I consider the usual aids to self-definition—sex, age, talent, time and space—as tyrannical limitations upon my freedom of choice."
Her multiple personae—or "selves"—are of different genders, races, professions, historical contexts and geographic locations. This motley group...are as diverse as their stories. Some were embodied by Antin and captured in photographs and on video. Others had paper doll surrogates; at times, their existence was known only through the drawings, texts and films they had ostensibly left behind. 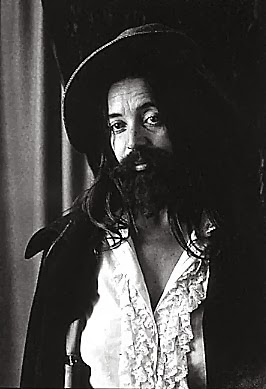 In ‘The King of Solana Beach’ (1974–5), Antin becomes the self-appointed ruler of Solana Beach in Southern California, a guise that allows her to construct an idealized male self while also involving herself in the travails of community life. The black and white photographs document some of the King’s daily adventures, listening to his subjects’ concerns and dispensing sage advice. A tragicomic sentiment reigns throughout, for the King is also a buffoon (a ‘poor player’), and ultimately powerless to protect his realm (from a development scheme).