October 24, 2013
I got a new camera today. I haven't bothered opening the box yet, as it's just a dSLR and looks pretty much like my last one, a lump of magnesium with electronics in it covered in black rubber.  I get nervous buying cameras, it's like starting a new relationship.  It's all that 'getting to know you' and starting from the beginning again.  And you always think this is going to be the last one.

I think the last new camera I had was a red Hanimex 35mm film camera, which I got in a closing down sale in a hardware shop for £2.99 (might have been £3.99) about 15 years ago.  As you can see it had a lever to allow for various lighting conditions - that was it, settings wise, but it was plenty.  I so loved that camera.  It was the first time in maybe ten years since having given up photography and having sold my 'proper' cameras years earlier that it was suddenly uncomplicated and fun, and with no expectations.  Maybe all relationships should start like that.  The images from it were lovely, and the fact it was red made it kinda  special.

I found the picture below  on an old photo-forum where someone was asking if the camera was worth using and some dick had replied that it had a plastic lens and so not to bother.  I hope they didn't listen. 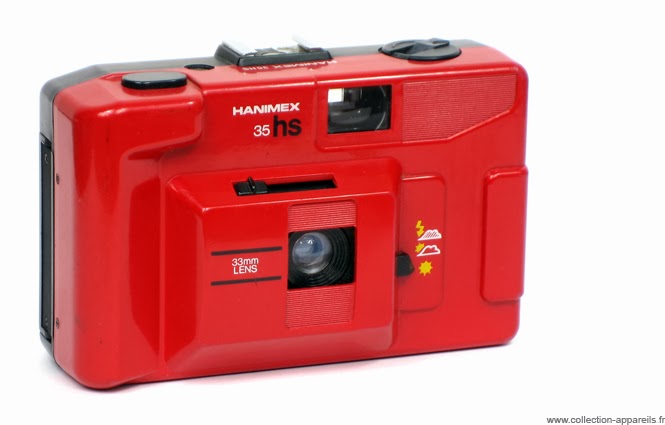