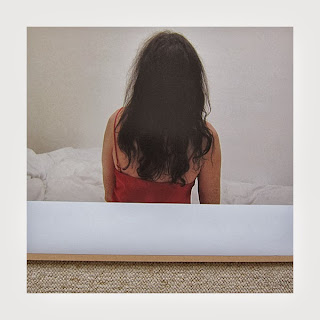 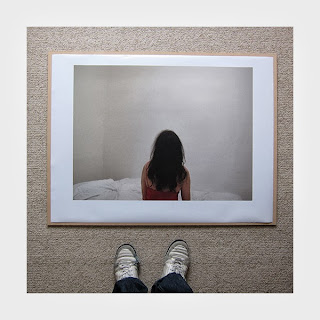 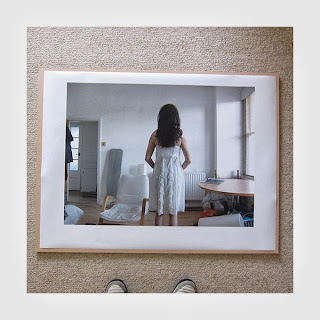 The forecast late last night was for rain but it was mild and dry here today.  I went down to B&Q just before it shut and got some 9mm MDF cut for a couple of recently printed photobox prints.  Without glass or a proper frame they are austerity-era lo-cost, unprotected and would be non-archival, all good things.  The kid who did the cutting did a great job, especially considering it was only the second time he'd used the machine, apparently.
As for vulnerability, several days ago I walked on a print I'd left on the floor - it was an old one, fortunately - of a white transit van left parked on a building site in the snow over Christmas last year, by moonlight  (yes, I know, how romantic).  But one I walked on two days ago is one of the new ones, unfortunately. In fact both prints already look like they were found in a dustbin.  They say teenagers are incredibly clumsy because their bodies are growing at such a fast rate that the brain can't quite keep up and their 'mental model' of themself fitting in the world does not quite gel.  Presumably I am shrinking in old age and have the reverse problem.  I have no other explanation for it.  That I want to admit to.
I will attempt to spray glue them on to the MDF at some point and put fixings on.  At least I don't have to worry about damaging them with further handling.  In fact it has crossed my mind to get out a hammer and put a few more knocks and dints in them, and even rip them and tape them back together.  Or would that be less than subtle?