in a corner on a sunny day

I have been going to take photos for over two years at a construction site near where I live - it just so happens to be at the end of my street and across the main road out of town which is very convenient. The actual photographs have been largely incidental in a way -  largely analagous to the concept of change, particularly personal change, and offering a bit of a dialectic thing of masculine/feminine, plus there are some uniquely personal references, too.  They are not a documentary project in any conventional sense.

But having continued to return there again and again, through every season, and at all times of day -from hard mid-day sun to moonlit nights in winter - I've incidentally 'acquired' a record of another kind of transition, one that carries over beyond individual frames, of the place.

Yesterday I went back there several times to take rows of photos made every 5 paces/7 paces/8 paces/10 paces and 12 paces apart, along a long length of fencing that runs down one side of the site for a hundred yards or so.  These pictures were taken in sequences of both vertical and horizontal format and also included two attempts at handheld video tracking shots.

The light was changing throughout the day, and perhaps it appears a bit Monet and his haystacks, in a way, but it was also another expression of transformation, one more component, another sub set. 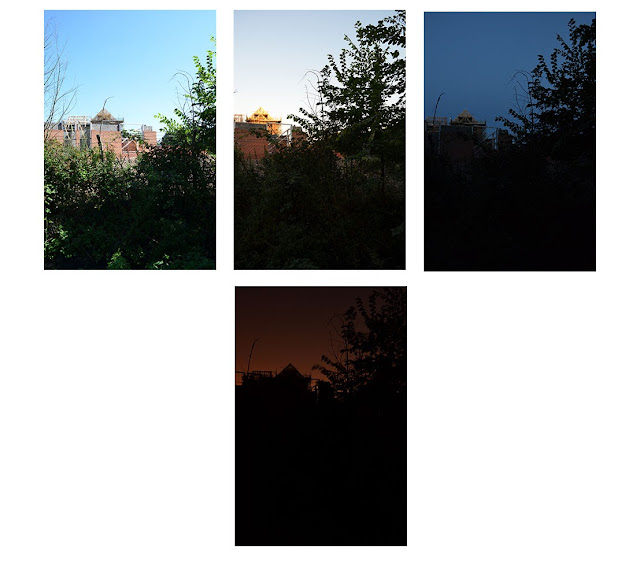