June 01, 2013
Adrian Street was a wrestler from a mining family in Brynmawr, South Wales.  This  photograph by Dennis Hutchinson shows him with his father.

Describing his glam/trans persona to Wales art review website: ‘The fans hated it, but you could tell they were intrigued and I think the women were maybe a bit turned on. Nobody was doing that before me. Boy George wasn’t even born when I started’ – he remains one of his nation’s most criminally overlooked cultural icons and, crucially, in his own words, ‘a fucking good wrestler’.

Turner prize winning artist Jeremy Deller recently made a documentary about Street, 'So Many Ways To Hurt You'. 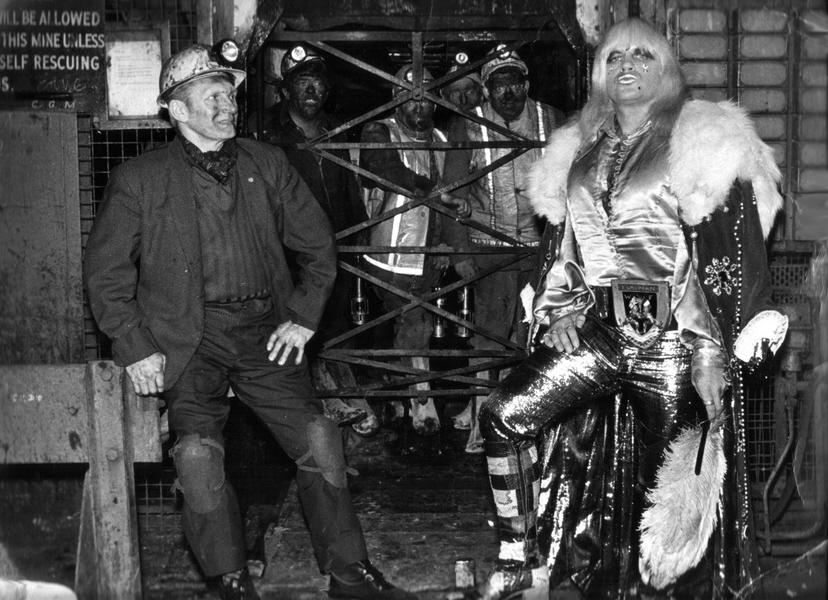