April 05, 2013
Adam Dade and Sonya Hanney's art practice involved secretly dismantling every item of furniture in hotel rooms and stacking it in the centre of the room, then returning everything to exactly the same way it was before so their intervention was hidden.  Going by the hassle involved in just placing the mattress that I had been sleeping on up against the wall to use as a background I suddenly began to appreciate what an effort they were making. 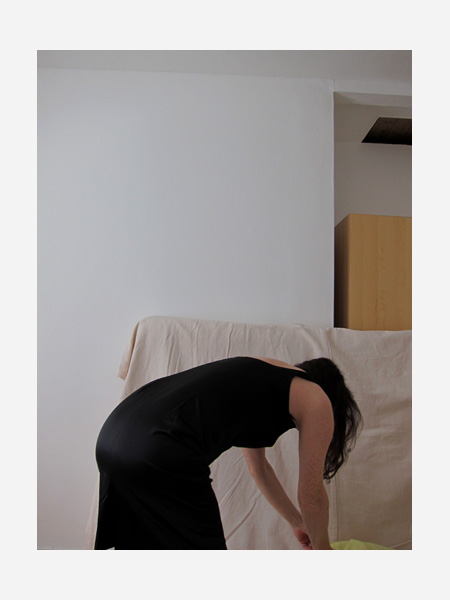 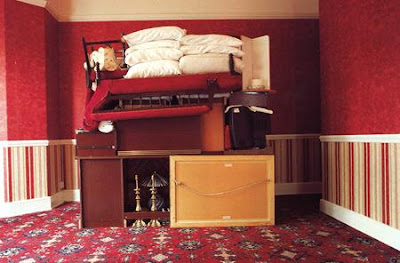