Another kind of envy

July 02, 2011
The idea of penis-envy in girls is well known, is there any such concept for the other way around?

When I was probably 13 years old I remember having a look through my mum's mail -order catalogue one evening when no one was around - and I was suddenly not quite so preoccupied looking at the bicycles or typewriters - there was a section on clothing which included women's underwear, corsets and lingerie I needed to check out.

I don't think I was especially aroused by those images at that time, though I probably had some level of sexual curiosity that made me need to look (I think I was a late developer, I didn't look at porn or learn to wank till in my 20s).  It's only come back to me recently that I did have a deep sense of jealousy aware for the first time of the difference - that women obviously had a more streamlined look to me - as they were missing a penis.  That curve, that smooth, unobstructed shape, I so wished I was like that, too.

Prior to the earthquake shift in my life to having an alter-ego feminine identity liberate itself in me about ten years ago - which I now adopt fairly regularly - there were only one or two moments from my adult life previously when I had felt an impulse to cross-over from the masculine or want to be female. That early teen psychic shock at wanting to be womanly was quickly subsumed somehow and almost forgotten.

This image - which wasn't in the catalogue - but it illustrates the form that is still so powerfully beautiful. 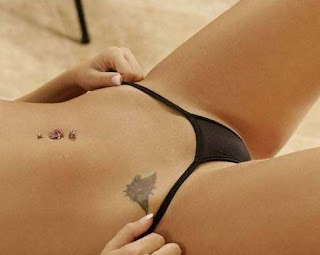