proof that the sky is made of glass

July 12, 2015
It's ages since I went to 'site b' (and building at 'site a' finished a year ago).  I've been busy. Practical things like DIY, and the subsequent DIY to remedy that first DIY. etc.  I went.  I cycled, tee-shirt weather, on automatic.  And when I go there the usual first reaction 'there's nothing here', as in there's nothing photographic I can do here, nothing possible.  It's as unappetising as a sack of vegetables, and although I'm a vegetarian I'm not partial to vegetables.  But immediately following on, overlapping even, that first reaction is 'oh well I'm here now and I'm going to do it anyway' because I always do.

In the month or two since I've last been they've done a lot of landscaping (some of the major excavations have been filled back in) and doubled the number of completed or near-competed properties.  It won't be long till half the huge site is occupied.  Realising that the extent of 'indeterminate land' which I'm interested in is vanishing fast made this visit seem a precursor to 'site b' going the way of 'site a', being completely developed.

Looking at the 'small prints' I posted yesterday, they have elements from this location used as backdrops in them.  They were taken at the time the major demolition of the foundry buildings had been completed and the office blocks were partially demolished.   There were purposeless shards and fragments lying around, unrcecognisably detached from their original form. That must have been maybe three maybe four summers ago, and like today I constantly swopped between two cameras set to different formats, 3:2 and 16:9 then, 4:3 and 5:2 now. I remember going un-prepared for the intense sunlight and got roasted alive over five or six hours.  I don't know about the results but taking pictures that day is a really good memory. 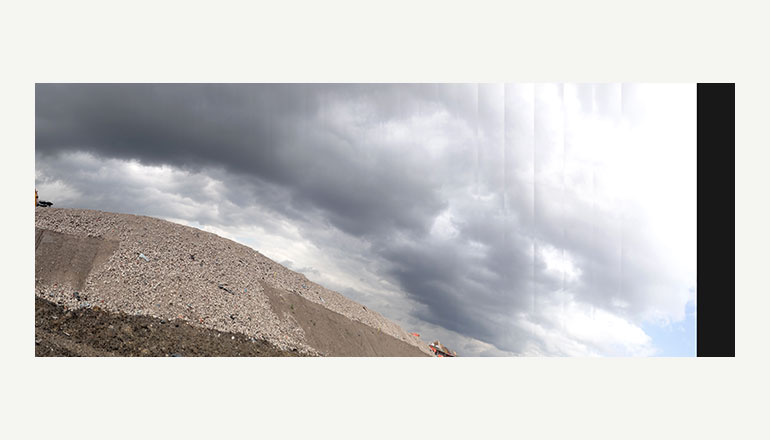